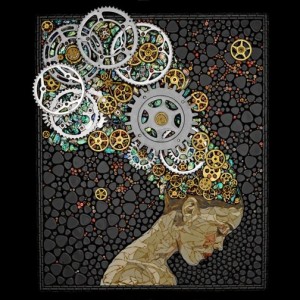 It’s funny to see people’s reactions when I mention hypnosis as an option for dealing with a stuck place or trauma. Most people think it means I will put them in a deep trance after which they will remember nothing, as depicted on some sensationalist TV shows in the past. Not only would I consider this unethical in a psychotherapy setting, but I question its usefulness! The approach I use is much more interactive and creative, while my client is either fully conscious or in a light trance.

What hypnosis approach do I use?

I have been trained in an approach called Depth Hypnosis, developed by Isa Gucciardi, who combined Transpersonal Psychology, Shamanism, Buddhism and hypnosis to create a powerful vehicle for healing. I have used Depth Hypnosis to address all kinds of stuck places and traumas in my clients’ lives. This includes, but is not limited to, anxiety, panic attacks, depression, procrastination, rape, abuse—and the list goes on. Basically, any stuck place with a lot of emotional charge can serve as the “target” for hypnosis. In fact, the more stuck and the more emotional charge there is around the issue, the better hypnosis seems to work.

EMDR (Eye Movement Desensitization and Reprocessing) is another tool that I use to address the above mentioned issues. However, I have found that for traumas that occurred early in my client’s development or when they were very young and had few resources available to them, hypnosis works even better than EMDR. More about why this is later.

How does Depth Hypnosis work?

First, I define with my client what their target or stuck place is, and these are as many and as varied as my clients. Some examples of a target are:

The next step is what’s called “the first trance.” This is a 30-minute visualization to find a guide or a being (animal, human, plant or spirit) that has only my client’s highest good as its sole intention. This guide will act as an important resource during exploration and resolution of the target.

Once the target and guide have been established, my client is ready to address their issue using hypnosis. I will have my client bring up their issue; then we locate the corresponding feeling in the body, which allows for deepening. My client is always fully conscious or else in a very light trance where they are still able to identify what is happening and talk to me.

Once my client has deepened into where in their body the issue is held, I ask them to go to their earliest memory of the target. Often what comes up can be a surprise or unexpected. From here I have been trained to ask questions and make suggestions that will allow for further deepening and removal of obstacles to healing, for eventual resolution of the target. The client’s guide and “adult self” are also brought in as additional resources. This access to additional resources is what can make hypnosis a better choice than EMDR, especially if the issue being addressed has roots for the client at a very young age. The use of guides and the adult self in hypnosis can provide access to missing and corrective experiences that might otherwise remain inaccessible.

My client Beth* came to see me because of a reoccurring, sometimes weekly nightmare in which she would be cornered by a snarling tiger. She always woke up in a cold sweat with the image of its mouth about to eat her. She decided to try hypnosis to address the pure terror this nightmare evoked for her. The terror was her target. The strongest body sensation linked to the terror was a tightness in her solar plexus. I asked Beth to deepen into the feeling in her solar plexus and to evoke her earliest memory of this feeling. Beth found herself at around age five, with her (still undiagnosed bipolar) mother yelling at
her uncontrollably. Beth was able to bring in her adult self to hold, calm and soothe her five year old, while her guide dealt with her mother to calm her down and eventually get her help and treatment.

This is a very simplified version of the session, which also involved connecting Beth’s adult self with her abandoned five year old. Beth, as an adult, had consistently rejected her younger, more vulnerable and “needy” parts. Having the adult Beth embrace and comfort her younger self was a big step forward in terms of her ability to self-soothe. Before this session she treated herself as harshly as she had been treated growing up. After this session Beth was able to be kinder to herself when she felt scared or vulnerable.
The hypnosis gave her a corrective experience. She was better able to give to herself and even
ask for some of the comfort and soothing that had been so lacking growing up. Her use of alcohol to self-medicate went down dramatically after this session, and Beth, recognizing the need for more support, enrolled in a harm reduction group to start cutting back on her drinking.

What about the nightmare? Beth didn’t have the nightmare again for a few months, but when it did come back she wasn’t alone with the tiger. Instead, a big bear came in and chased the tiger away, then picked “Little Beth” up and brought her to safety. Beth still remembered the feeling of safety and comfort she felt in the bear’s warm and furry embrace.

What I like about hypnosis is that it bypasses the rational, logical brain to access the emotional body directly where trauma is often held. It also allows my client’s own creative unconscious to facilitate their healing. My job is to create a safe space for a deeper exploration to happen. It continually amazes me to witness how a person’s psyche will start to release old traumas and stuck places given the right tools and setting. As in Beth’s story, moving one stuck place created a domino effect that started to move stuck
places in other areas of her life. Beth was able to move more into her power.

Beth’s story is just one example of how hypnosis can be used. If you are wondering, “Is hypnosis for me?” I recommend trying it. In the end the only way to really know if this modality works for you is to give it a go. As a clinician who uses hypnosis frequently, I am continually amazed at its ability to get my clients unstuck and on their path to meeting their goals and creating the life and relationships they’ve always wanted.

2 Responses to “ Does Hypnosis Work? ”