It’s About Relationships, Not Food! 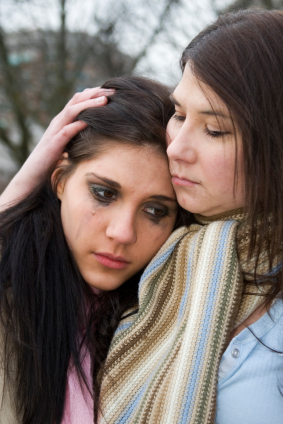 Beginning in infancy, relationships, food and feeding become intertwined. Think about it: Baby cries and baby gets fed. Someone has to do that feeding, and that someone is usually holding the baby and relating to him or her. So, from our earliest memories, food and being fed is one of our first ways of connecting to one another. As we grow and develop, social events often revolve around mealtimes; whether it is family dinner or a social gathering with friends, we are enjoying the nurturing that food and company can provide.

With the eating-disordered population, however, the connection between food and relationship can become a troublesome link. When there is a lack of safe, connected, nurturing relationships in an individual’s life, food and food rituals can easily become a substitute.

“It is now generally accepted that eating disorders serve essential self-regulatory functions. The disordered relationship to food has been viewed, essentially, as filling in for a missing bond with a self-regulating Other.”

What exactly does Sands mean? Let’s take the first phrase:

What does it mean to self-regulate? Most of us have learned how to emotionally self-regulate; for instance, if we are upset we find ways to calm down. The ability to calm or self-soothe is usually learned in relation to a calming and soothing Other. For example, when a child falls down and hurts her knee and is crying, Mommy picks her up and comforts her. But what if Mommy doesn’t do this? What if she yells at the child and blames her for being so clumsy? Then the child has to turn elsewhere for soothing. Here is where turning to food in order to self-regulate or self-soothe can begin.

I have yet to meet someone suffering from an eating disorder who does not also suffer from a relational trauma, by which I mean that the person grew up without the experience of a caregiver being attuned to them and their needs and acting as a source of comfort when they were stressed or hurt. The caregiver was either absent or blaming and generally not attuned to the child. As Susan Sands so eloquently puts it: “The disordered relationship to food has been viewed, essentially, as filling in for a missing bond with a self-regulating Other.”

Let me illustrate the above ideas with some client stories:

Emma was a 21-year-old client who had grown up being her mother’s main support in a dysfunctional marriage. Dad was absent and not very involved in her life. Her mother was lonely and turned to Emma for a shoulder to lean on and someone to talk to, but the conversation was always about her mother and her mother’s needs. Emma had little experience of her mother being there for her. So, Emma learned how to have few needs or none at all. She identified with being a caretaker and had little awareness of her own needs. This dynamic also played out with food. Emma would cook meals for her mother but she rarely ate a full plate herself. By the time she was 16 years old she’d been hospitalized for anorexia.

Her nightly ritual was to binge on chips or ice cream while zoning out in front of the TV. She had experienced mostly neglect growing up with an overwhelmed mother and an alcoholic father. There was never any room for Betty and her needs. She learned how to take the need out of her relationships with Mom and Dad in order to preserve those relationships. Later, when she became an adult, food replaced her need for friends and relationship. She started to gain a lot of weight and then was too embarrassed to go out. She became stuck in a self-reinforcing loop.

The good news is that both Betty and Emma healed and overcame their eating disorders and in doing so, they also found that their relationships improved. As they began to acknowledge their needs and find healthy ways to take care of themselves, they also began to develop more nurturing relationships. As my client so succinctly put it: “It’s about relationships, not food!”